Are we in a “new” age of healthcare or back where we started?

The Holistic perspective on Health: revolutionary idea or ancient philosophy? 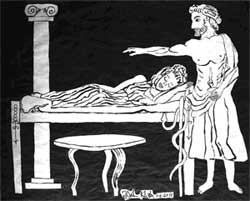 We are in a very exciting time in the evolution of Western medicine. Since its birth in the Renaissance era, the field of modern science has taught us about our world and in many ways given us the lives we know today. Medical science and technology have literally saved our lives. They have allowed us to understand in staggering intricacy, the ways our physical bodies work, what makes them break down, and how to fix them. But in the last few decades, in our scientific exploration deeper and deeper into the nuances of the physical world, we have begun to stumble on some revelations that are not, as it turns out, so new! We are beginning to find scientific evidence for what ancient medical systems have known from the beginning……the physical body is not separate form our psychology, the psyche and the soul!

This notion is integral to the oldest of medical traditions, from the ancient Ayurvedic system in India, dating back to the second millennium BC, as well as the Chinese medical disciplines, from the 14th century BC. Both These medical traditions, in their different ways, see health as a function of the balance between physical, psychological and spiritual, environmental and universal elements and energies. The ancient Egyptians and Greeks also recognized and incorporated the notion that the psyche and the body were expressions and reflections of each other, and that healing illness in one, required addressing the other. 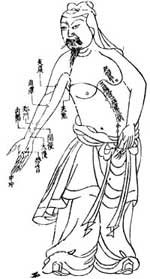 All these cultures recognized that there as a great deal more to health and healing than manipulating the biology of the body. They knew that there was more than our cellular chemistry governing the health of our whole being. Around 400 BC Hippocrates wrote “The natural healing force within us is the greatest force in getting well”. Practitioners of the ancient Greek healing temples of Asclepius guided the sick to seek messages within their illness through dreaming rituals.

Countless tribal cultures throughout the world have for millennia and do to this day, rely on ancient practices of Shamanic healing, which approach dis-ease with great respect as a messenger from the soul to guide the person to the healing needed for their whole being.

And then as progress marched along, a drastic change in the way of viewing health, life and the physical world occurred. In the 16th and 17th centuries in western culture there was a philosophical change in direction. A separation began between the worlds of physical matter and of spirit. There was a redirection of science to the purpose of enhancing humankind’s control over nature instead of harmony with it. 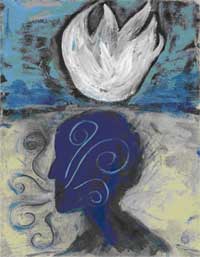 In the early 1600s, the French philosopher and writer Renee Descartes declared that physical matter and psychology were separate entities, not governed by any common principles. He decreed that the realm of matter belonged to science and the realm of spirit; to the church. And off we went! The next 4 centuries have seen the development of our current western medical model that has focused on the realm of the physical almost exclusively. And it’s a good thing in many respects! Look how far we have come and how invaluable medicine is. There are many instances where I turn to medicine before considering the messages from my soul! I’ve never known a dreaming ritual to set a broken bone or a shamanic journey to rescue someone from a heart attack!

Until recently however, Descartes’ decree has had such a strong hold on the minds of western medical practitioners that if one were to mention the mind-body connection they would be looked at as though they had two heads. Indeed the word “psychosomatic” was (and still is) considered a dirty word; or more accurately, a diagnosis of psychopathology! If one’s body was responding to your emotions, there must be something wrong with both! 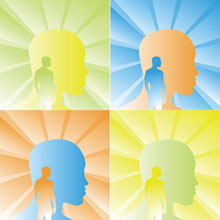 In 1926 Walter Cannon described a process that involved both physiology and biology called “The Stress Response”, also known as “The Fight or Flight Response”. This paved the way for an understanding that what we perceive and experience emotionally can directly affect our physiology via the central nervous system, specifically the primitive centers of the brain, and the endocrine or hormonal system. I’ll talk more about the way this works in my next newsletter.

More recently the field of Psychoneuroimmunology (PNI) has developed even more sophisticated understanding of the intricate interactions between our mental processes, our nervous systems and our immune systems and thereby; our whole body. Dr Candace Pert, the author of a number of books on PNI describes that there are chemicals called neuropeptides that are secreted in the nervous system with emotions and thoughts and that these neuropeptides communicate directly with cells throughout the body; implying that our minds and bodies are constantly communicating with and affecting each other.

This is a very cursory and incomplete introduction to the notion that our science is just beginning to map out what many of us have intuitively known, and many people in many cultures throughout history have known and lived by for millennia. We are not made up of separate parts! Whether science is ever able to explain the realms of mystery such as the human energy field, or the notion that the soul and unconscious psyche are responded to and represented by the body is yet to be seen. For now, those of us who believe those realms to be “real” must rely upon our intuitions, personal experiences and our beliefs. But wait….if beliefs are essentially unconscious thoughts, and we are now determining that thoughts affect our biology…….then the body-mind split may soon be an archaic belief! That’s what I’m excited about!

So how do you apply these ideas to your own health today? I believe that the most important tool we have in our possession for our healing is our awareness. If our bodies and minds are an interconnected web of communicating chemicals and energies then it makes sense that

we need to learn to become aware of this communication. I invite you to begin to tune in to how your body is affected by your moods, thought patterns, emotions and attitudes (and vice versa) throughout your day. For most of you, this level of sensitivity has not been developed, but with practice will become acute. When we are aware of our bodymind in any moment, it can be astounding to discover that just the awareness itself, frees us up to move naturally to a more balanced state. There’s that mystery again! It really is true that our mind/body/soul know how to find the balance that is health. Whether through an intense shamanic journey, an Asclepian dream ritual, or a moment at your desk of turning your awareness within to listen to your body and emotions, your bodymind has the wisdom and ability to move toward a healthier state when it is given the chance to do so.